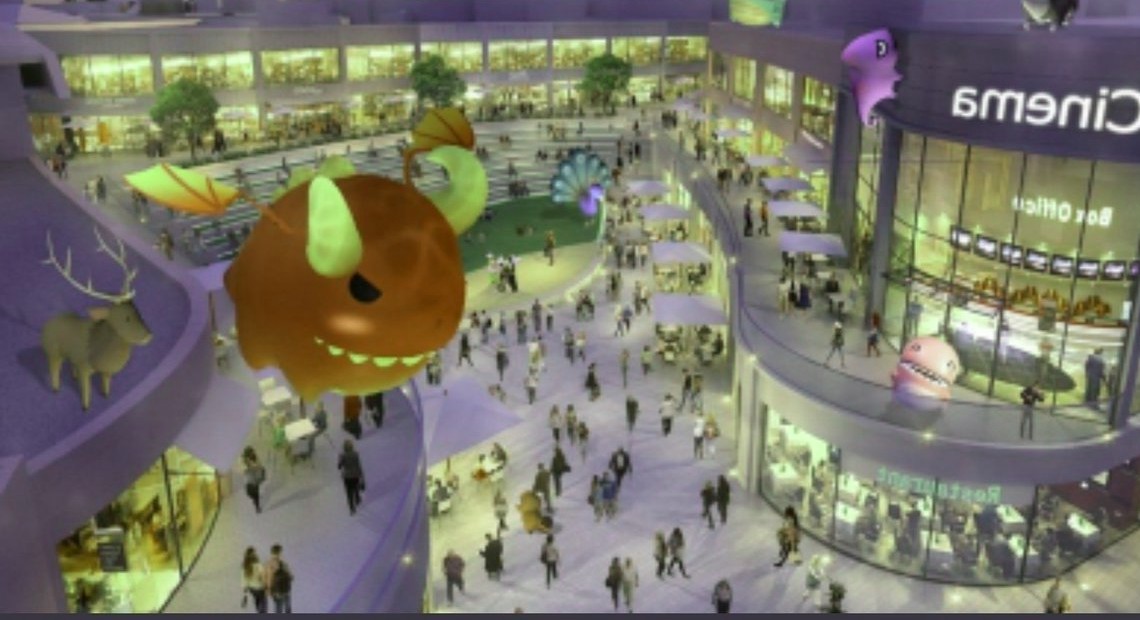 Affyn includes the interesting concept of every in-game character, which they term “Buddy”. Being a non-fungible token as a metaverse-based project with geolocation capability and AR elements (NFT). If you’re not familiar with NFT, it simply implies that the buddy belongs to you rather than the game makers.

This upends the traditional gaming industry, in which gamers spend thousands of hours grinding for in-game things. In addition currencies that they don’t actually own.

FYN tokens are Affyn’s currency, which is similar to how each game has its own set of currency. The utility of FYN tokens will be extremely diverse. In addition to in-game transactions, real-world utility is being considered.

The value of FYN tokens increases by developing a closed-loop economy where players can earn tokens virtually and use them in the real world.

Affyn was one of the first companies to use the mobile Play-to-Earn model, which aimed to change the way players derive value from the ecosystem in comparison to traditional gaming platforms.

The team spent over a year creating a precise roadmap for a long-term game economy. This ensures that incentives stay appealing to both existing and new players over time.

Founder and Chief Executive Officer Lucaz Lee, who is in charge of fundraising, on why he created this project. “A Metaverse, in our opinion, is a world where individuals can meet, play, and connect in real life as well as digitally. Affyn seeks to create a worldwide movement where we can all play, earn, and have more fun together by using blockchain technology as a bridge.”

Outdoor LED screen ads to be mirrored in the metaverse 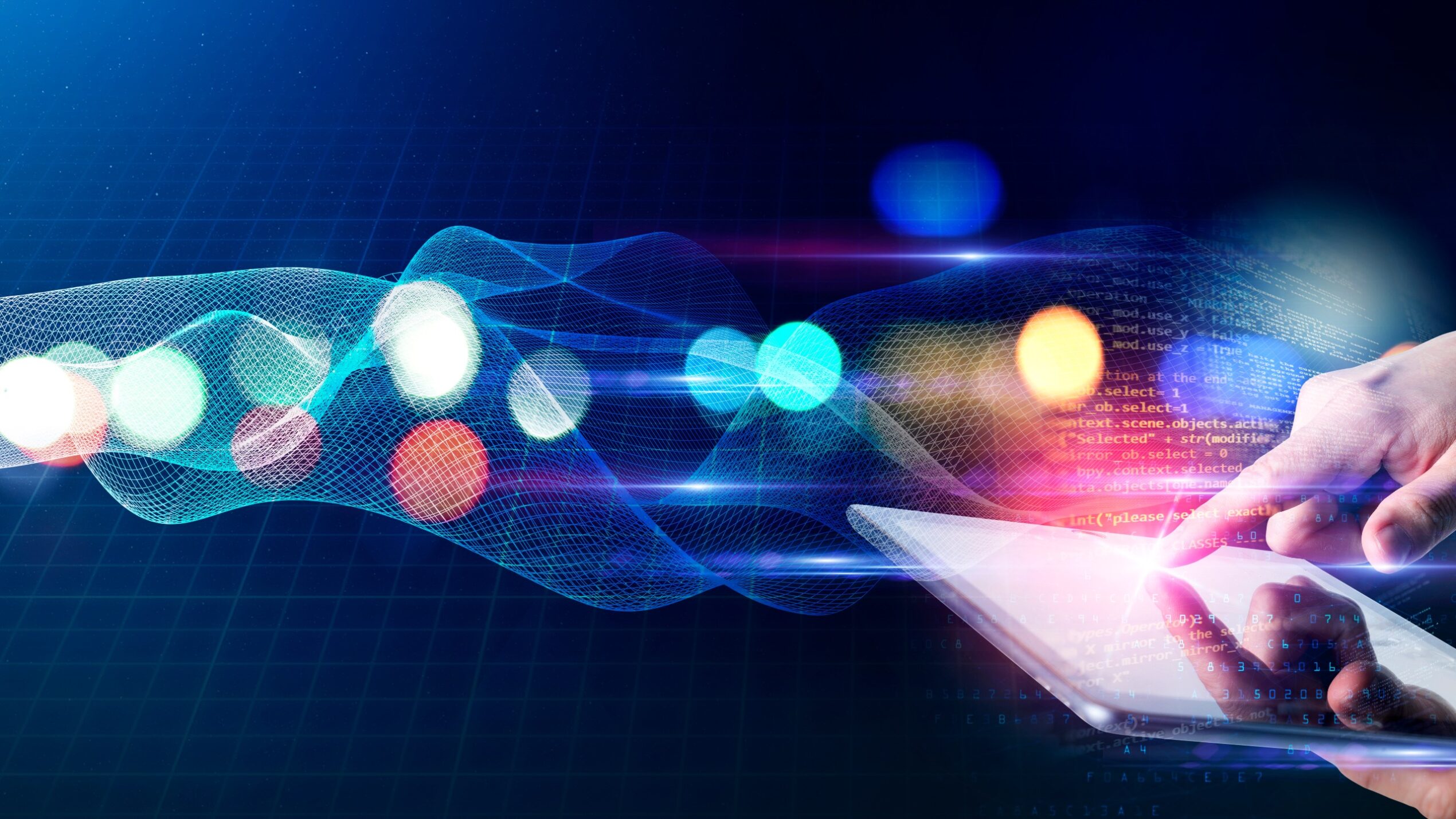 The metaverse is currently a hot topic, and with good reason. It is expected to grow by up to 48% per year until 2029, making it a highly lucrative sector to invest in.

As a result, businesses in social networking, gaming, and cloud computing also stand to benefit from the increased interest in the metaverse.

Three companies that are well-positioned to benefit from the growth of the metaverse are Nvidia, Advanced Micro Devices (AMD), and Match Group (MTCH).

Nvidia is a US corporation that designs graphics processing units (GPUs), application programming interfaces (APIs) for data science and high-performance computing, and system on a chip units (SoCs) for the mobile computing and automotive markets.

It is expected to benefit greatly from the growing interest in the metaverse in 2023, thanks to its “Omniverse” platform, which allows users to create and design items for the metaverse. The market is expected to contribute billions of dollars to Nvidia’s earnings in the long term as the sector grows.

Advanced Micro Devices (AMD) is another US-based company that makes semiconductors. Its chips are used in data centers and are suitable for end products.

While AMD is not directly involved in the metaverse, it is expected to benefit from the growing demand for its products from crypto miners. As mining increases, so will sales for AMD, making it a sort of “shovel manufacturer” for the metaverse.

Tinder-owner on a roll

Match Group (MTCH) is a group that dominates the online dating industry including the o, with a market share of over 60%. It has a significant asset portfolio in the industry and generates significant free cash flows, equivalent to around 28% of its sales.

Its recent announcement that it will invest in a dating metaverse and a virtual currency means that it will naturally benefit from the buzz around the metaverse. By encouraging virtual encounters, the company will be moving away from its core business of encouraging offline relationships on its platform.

In conclusion, we believe that the metaverse is a highly promising area with a lot of potential for growth. Investing in metaverse stocks can be a great way to take advantage of this growth.

The three companies mentioned above are well-positioned to benefit from the growth of the metaverse and are worth considering for investment.

Metaverse Runner-up in Word of the Year Vote 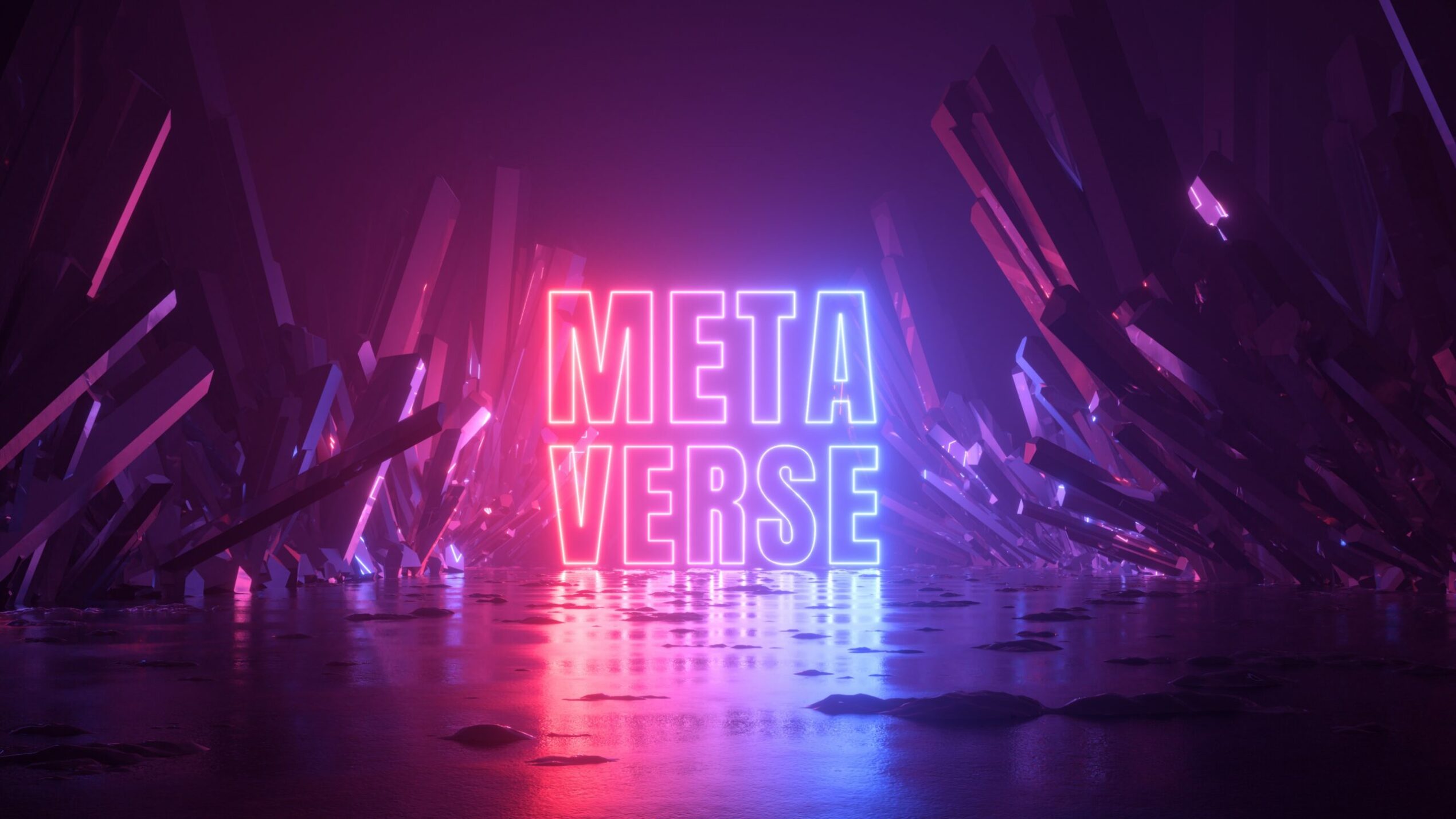 Metaverse claimed second place in the Oxford Word of the Year 2022, losing out by public vote to the eventual winner ‘goblin mode.’

Three hundred thousand people cast their vote in the competition with goblin mode the favorite among the voting public. According to the Oxford University Press goblin mode is a slang term that is “a type of [behavior] which is unapologetically self-indulgent, lazy, slovenly, or greedy, typically in a way that rejects social norms or expectations.”

Goblin mode first emerged as a phrase in 2009 but witnessed a small resurgence in popularity in February and March of 2022.

The popularity of the word metaverse over time

This year marked the first occasion the Oxford University Press opened ‘Word of the Year’ to a public vote. Goblin mode proved popular in the poll, but second-placed ‘metaverse’ is by far the more popular word by usage.

Oxford University Press gauges word popularity by frequency per million (FPM) tokens, measuring how many instances there are of the keyword per million words.

Goblin mode reached the height of its success in March with a FPM of 0.16. In February the FPM of goblin mode was just below 0.12. Goblin mode remained at or around 0.02 for the remainder of the year.

February was the best performing month for metaverse with a FPM in the 30-34 range, making it between 175-212 times more popular than goblin mode. The FPM of metaverse never fell below 10 for the entire year.

Last year, Oxford University Press selected “vax” as its word of the year. At its peak vax enjoyed a FPM in the 3-3.5 range

The internet knows what is best

In 2016 the British Government asked the public to vote on a new name for a $287 million state-of-the-art polar research ship. The voting public resoundingly voted for the name “Boaty McBoatface.”

Having sought the wisdom of the crowd, the British government went on to christen the ship the RSS Sir David Attenborough. 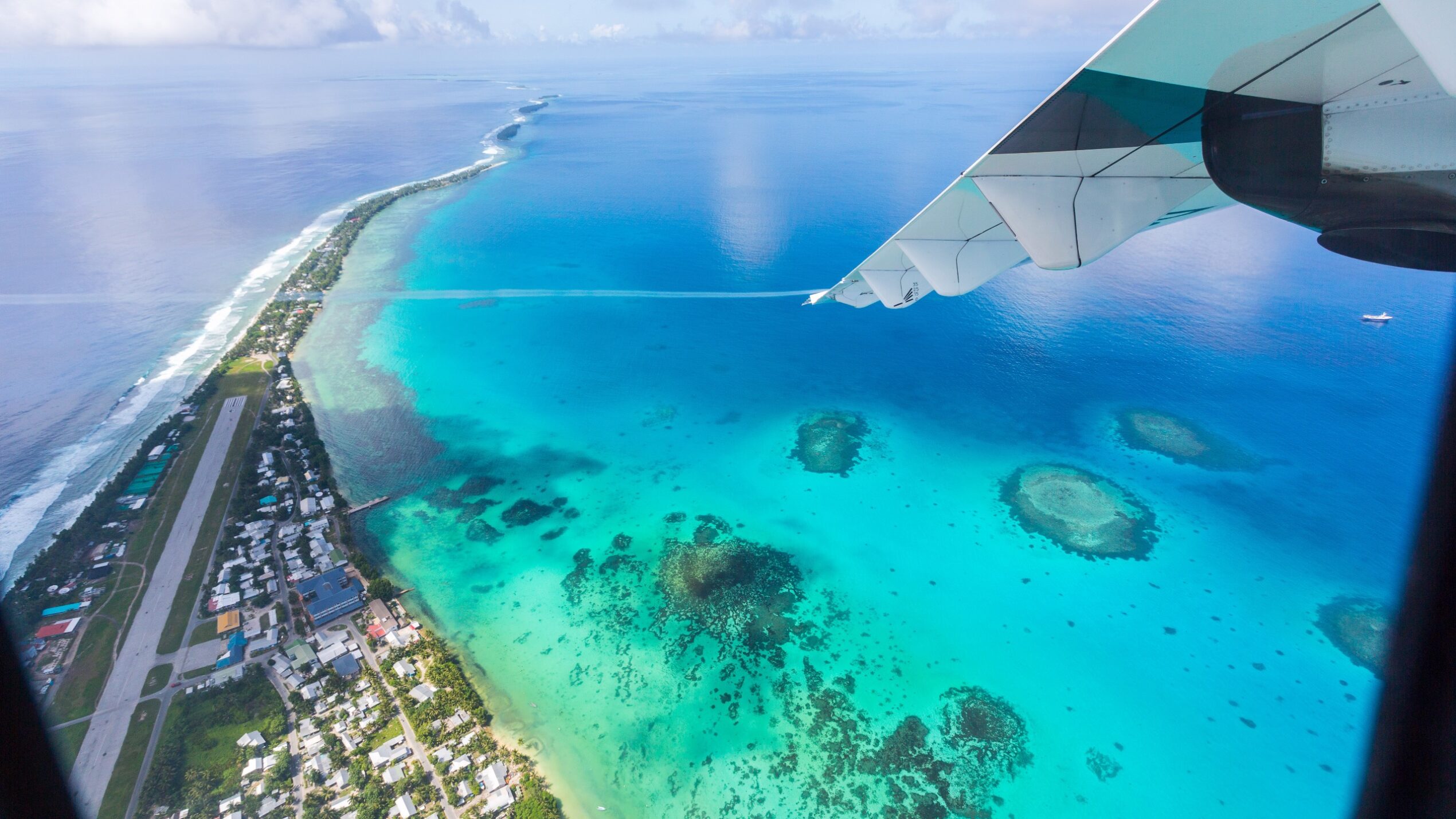 Tuvalu, an island that is at the risk of being submerged and disappearing from the face of earth due to rising sea levels, will have a second life as a digital twin virtual nation.

The country will now develop a digital twin of itself and make copies of the island’s landmarks.

The authorities believe going into the metaverse as a digital twin will preserve the country’s culture and heritage in perpetuity.

Will make use of Augmented Reality

Tuvalu’s foreign minister Simon Kofe told delegates at the COP27 climate summit his country would become the first nation to be digitised in the metaverse – a virtual world that makes use of  both virtual reality (VR) and Augmented Reality – (AR) when users immerse themselves via VR headsets.

“Our land, our ocean, our culture are the most precious assets of our people and to keep them safe from harm, no matter what happens in the physical world, we will move them to the cloud,” Kofe said in a video clip standing in the rising waters. 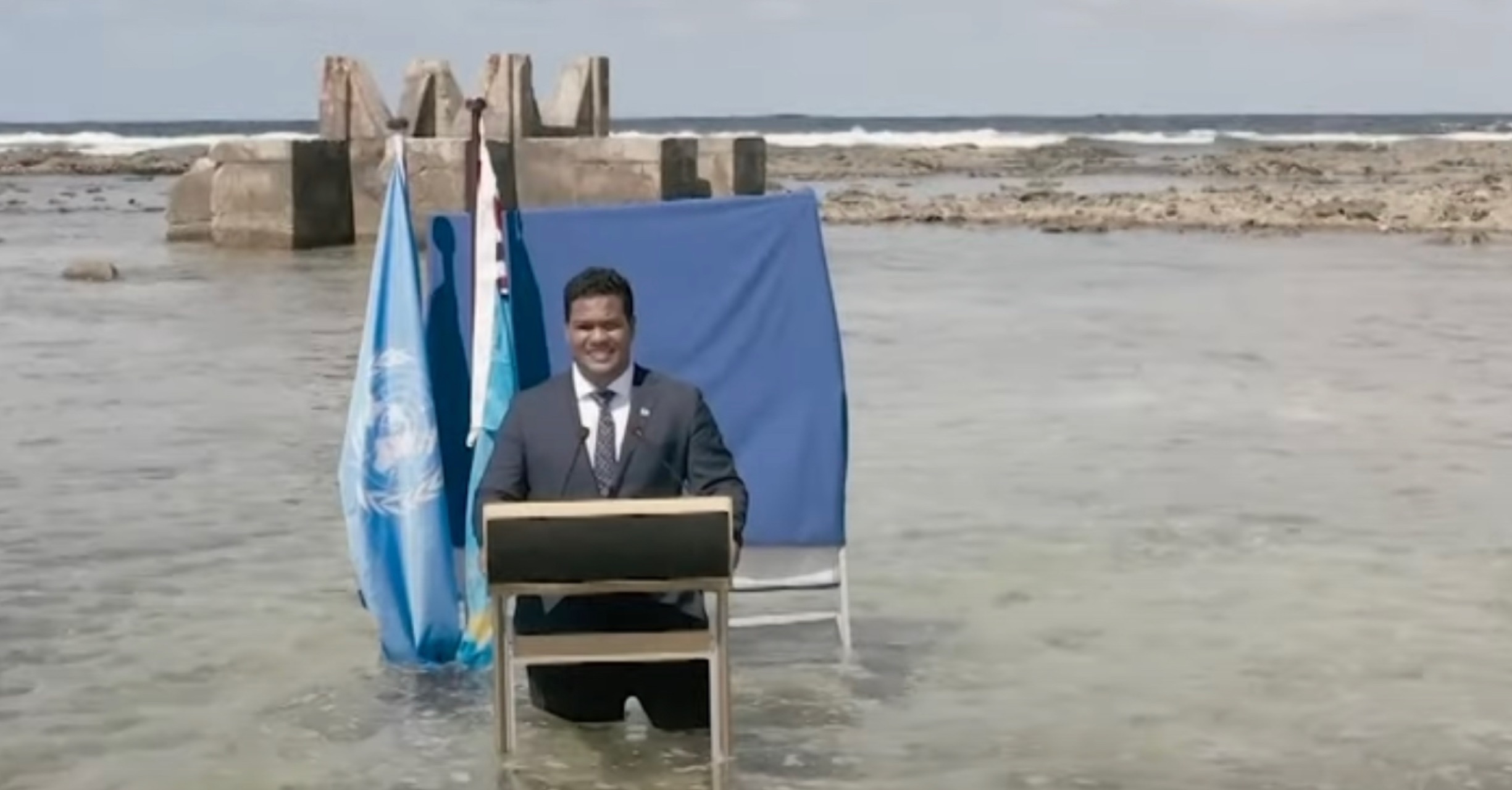 Knee-deep in the sea in a video, Kofe addressed the COP26 last year and helped shine a light on the problem of rising water levels in the small Pacific island nation and the broader climate change problem in the world.

Kofe said his country had to take urgent action on the problem that confronts the island because internationally countries were not “doing enough” to prevent climate change. 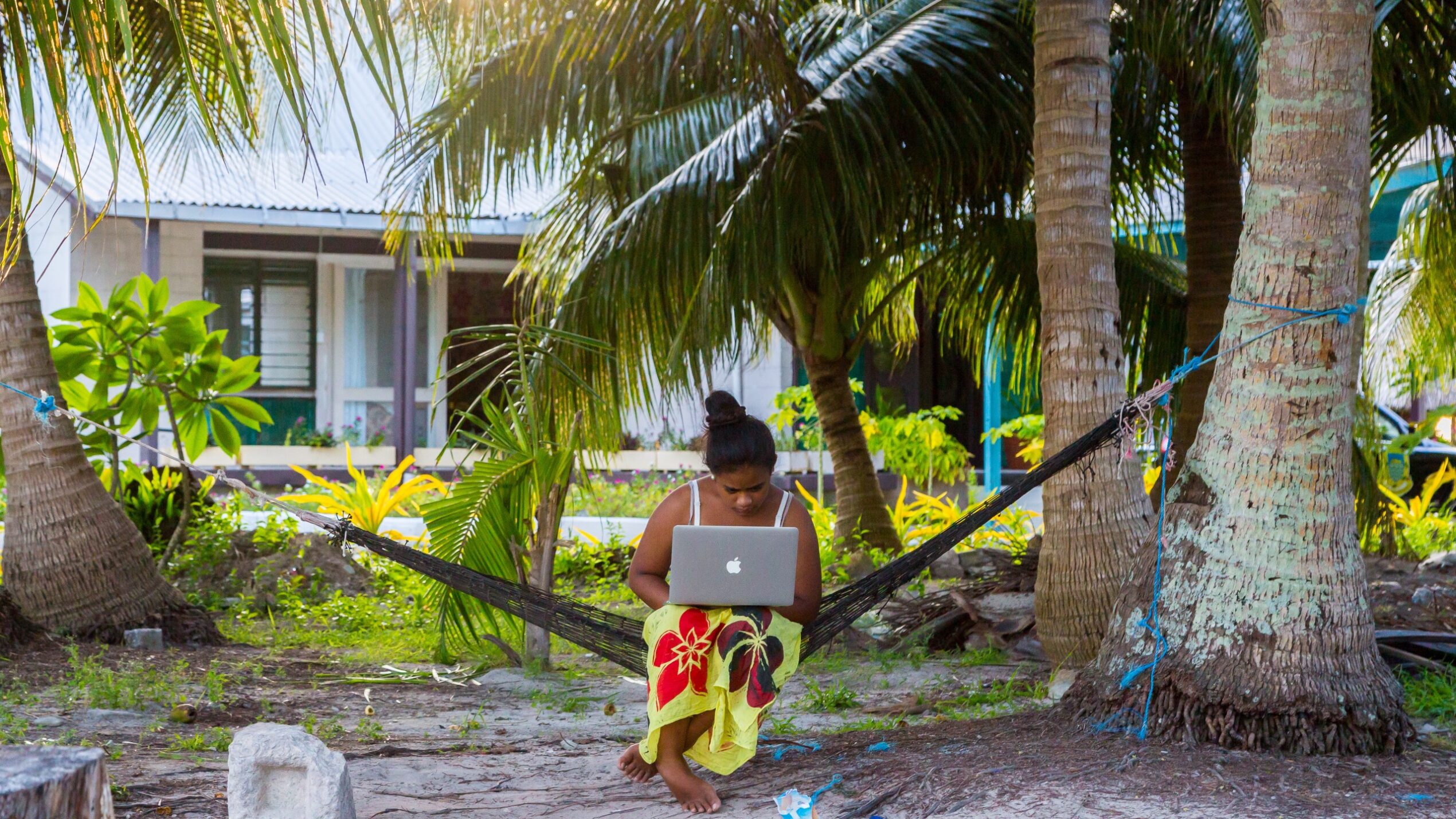 A Tuvalu woman working outdoors under the palm trees.

The small Pacific island will make history by becoming the first country to create a digital twin of itself.

Digital country could be first to be recognized

There are other projects aiming to create digital copies of our shared spaces, including the very ambitious Earth-2 project that aims to create a digital copy of the whole globe.

The city of Seoul and the island nation of Barbados have also previously indicated they would enter the Tuvalu mverse to offer administrative and consular services.

“The idea is to continue to function as a state and beyond that to preserve our culture, our knowledge, and our history in a digital space,” Kofe said ahead of the announcement. 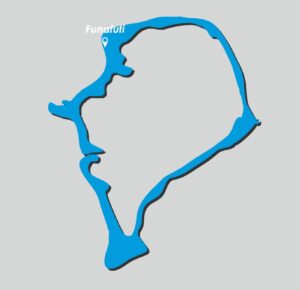 Tuvalu, which is a group of nine islands and 12,000 inhabitants halfway between Australia and Hawaii, is a case in point on the dangers climate change and rising sea levels pose to humanity. Almost 40% of the capital’s district is underwater at high tide with the entire country seen becoming submerged by the end of the century.

By creating a digital nation, Kofe says this will allow Tuvalu to still function as a state virtually even after it becomes completely submerged.

This comes amid efforts by the country’s government to ensure that Tuvalu continues to be recognised diplomatically as a state even after its submerged. They also want the country’s maritime boundaries and its underwater resources to be respected even after the islands are submerged.

Seven governments have so far agreed to continue recognising the country when it becomes a digital-only entity, but Simon Kofe admits there would be challenges if Tuvalu becomes submerged, as this would become a new precedence of international law.

Metaverse Runner-up in Word of the Year Vote

Jobs In The Metaverse, Now and Tomorrow

Will USD be the Standard Metaverse Protocol?

Who invented the Metaverse?