Bitcoin, the leading cryptocurrency, exceeded the $55,000 mark on the 6th (local time). This is the highest level it has reached in almost five months. Experts are expecting an upward trend.

Due to inflation concerns in the United States and other countries, bitcoin has become an increasingly attractive store of value.

CNBC reports that bitcoin reached $55,499 this morning. There is an increase of 13% this week alone and 87% for the year as a whole.

In recent weeks, U.S. regulators have announced that they have no plans to ban crypto-currencies. This is against a backdrop of strong interest in digital assets and fears of inflation.

U.S. Securities and Exchange Commission (SEC) Chairman Gary Jensler appeared before the House Financial Services Committee on the 5th and said the SEC has no plans to ban crypto-currencies.

Several countries around the world were concerned that China’s ban on all crypto-currencies, from mining to trading, would spread to other countries, but Chairman Powell and Chairman Jensler have taken steps to reassure institutional investors of the dangers. played a big role.

With concerns about inflation and expectations of rising interest rates, bitcoin is expected to become a safe asset again, which is why its price is rising.

Stock market fluctuations have had a significant impact on bitcoin, contrary to expectations. In theory, it is still a safe asset that should retain some value.

This perception is reinforced by the fact that the New York Stock Exchange turned down again that day, but bitcoin prices surged.

As bitcoin did not move much before breaking the $50,000 mark technically, experts also expect the currency to follow a steady upward trend for the time being.

Oculus, Now from Facebook, Will Bring You Horizon and Horizon Home 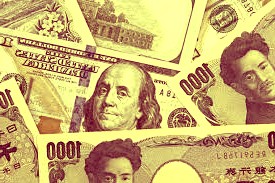 U.S. Shares and Futures Are Up Going Into May