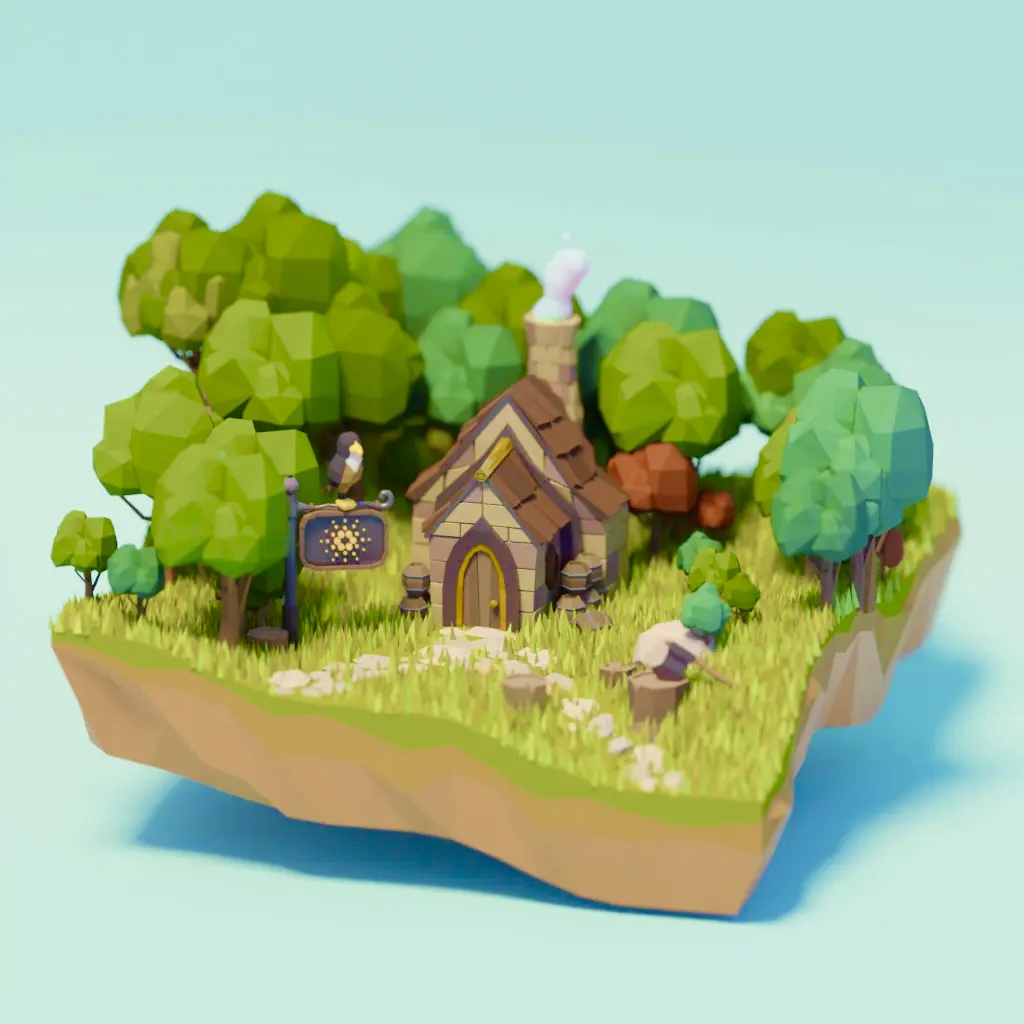 Cardano Village team is happy to update the community regarding its next phase, as they minted buildings, land, created 3 types of maps and plan towards activating their tokens.

Cardano Village is still the sole metaverse project addressed on Twitter by Charles Hoskinson, the Cardano founder, and IOHK.

This project aims to rise up to its potential

Given the vast prospects for this enterprise, which is now undervalued on the market, it seeks to reach its full potential.

The team was put in the spotlight by the Cardano community at the time of the initial minting for its beautiful artwork and quickly minted land parcels while simultaneously releasing MAP in PC, WEB, and Mobile environments, proving without a doubt that it has a formidable grasp of the required technological prowess.

The Cardanian Korea Team completed all these tasks within just a 3-month timeframe.

Despite the fact that just one of the five planned series has been broadcast thus far, over 4,400 people have already purchased land and structures in this rapidly expanding metaverse. The team has just issued its White Paper and launched LIfe-Log ($LOG), which will be utilized across the metaverse.

Furthermore, the team is working on an unique Token Claim Service that will make it easier for Cardano Village token holders to claim their tokens. The $LOG Token, which was built from the ground up in partnership with Cardano’s DEX team, is quickly becoming a part of the Cardano ecosystem.

Tokens were initially distributed through Vyfi.io

Tokens were first issued through Vyfi.io, one of the most popular decentralized exchanges, and the current TVL is roughly $2.1 million. This June, the metaverse will be switched to FULL WEB MODE.

Cardania Village will have a public auction on Adax.pro Launchpad from the 7th through the 10th of April at 12:00 UTC. Users interested in participating should be aware that on April 6th at 12:00 UTC, an early Priority 24 hour round will be available for ADAX stakers.

Metawalls is hosting a DeFi exhibition