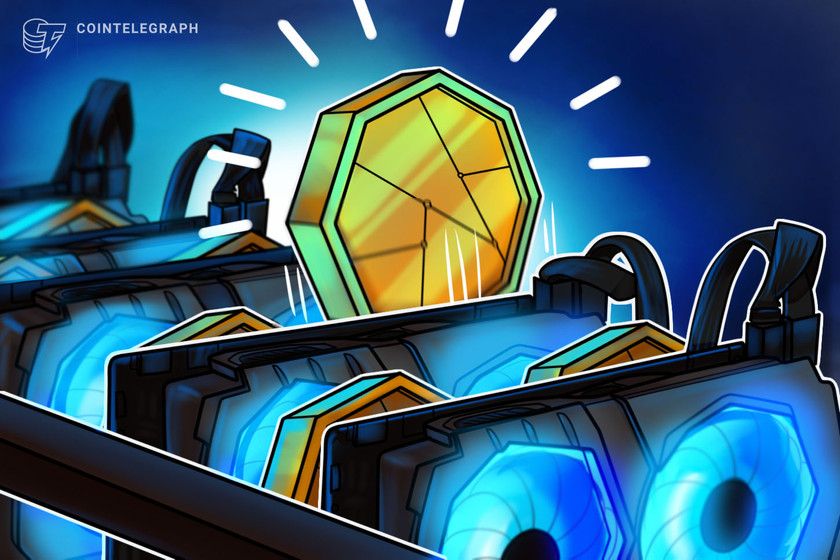 “I’m not in crypto to make a fast buck, but I’ll take the bonus,” said Simon Byrne.

Crypto enthusiast Simon Byrne has taken crypto mining out of the garage and onto the road after installing a small farm in the trunk of his car.

According to a report from Hardware Times, Byrne purchased a BMV i8 hybrid vehicle retailing for roughly $150,000 and equipped it with a small crypto mining rig consisting of six GeForce RTX 3080 graphics cards. The rig is powered by an ASUS B250 Mining Expert board and an EVGA SuperNOVA 1600 T2 power supply. It is reportedly capable of mining both Bitcoin (BTC) and Ether (ETH).

The Nevada-based HODLer — as his license plate states — reportedly built the entire setup himself “to annoy gamers” and earn money while on the go. While the graphics cards Byrne uses are marketed toward high-end PC gamers, some miners are able to use their enhanced specifications for crypto.

“I’m not in crypto to make a fast buck, but I’ll take the bonus,” said Byrne.

The car’s battery can reportedly handle powering the farm, but heat is still a concern — maybe Byrne plans on primarily driving and mining in the winter? Otherwise, he will likely need to keep his BMV’s rear hatch open for ventilation.

Cointelegraph reported in December that the same speedster spent more than $93,000 to install 78 graphics cards in his home to mine Ether when the price of the token was just over $700. At the time, estimates put Byrne’s setup as capable of generating roughly $122,000 in profit per year, despite a massive electric bill.

Since that time, the price of Ether has doubled after breaking a two-year high earlier today. Bitcoin rose 2% in the last 24 hours to reach $32,639 at the time of publication.

Pound May Break Streak As BoE To Cut Rates