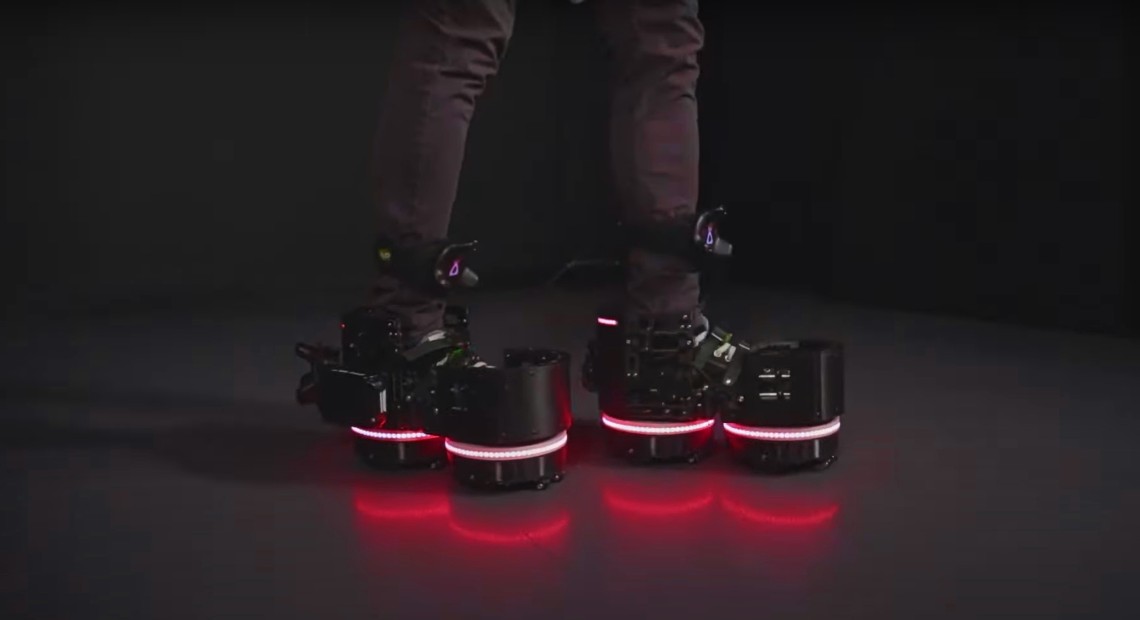 Ekto VR, a virtual reality hardware startup, has developed boots that allow users to walk realistically in virtual settings. And without fear of colliding with a wall or other impediments. The technology is pricey and not yet accessible, but the business claims that users will be able to walk in VR.

Although there is no exact pricing yet, the Ekto VR boots are for corporations and should be available in the first half of 2022. With a potential starting price of $15,000 or more. There has been no announcement of a low-cost customer version.

The futuristic-looking boots are designed to be worn over most regular shoes. They have a set of motorized wheels on the underside that rotate in the opposite direction of the user’s walking speed.

The boots first allow the wearer to take several steps forward. This is to assist reduce motion sickness and send messages to the user’s inner ear. Which is indicating that their body is moving forward.

“People are almost completely convinced – and in some cases, completely sure that they’re going to walk out of the room,” Brad Factor, founder and CEO of Ekto VR, told Digital Trends.

Ekto VR isn’t the first venture to try to build a realistic walking experience in virtual reality. Since at least the 1980s, other corporations and colleges have been attempting to do the same thing. However, the VR industry has not firmly established one technology as the optimum option.

Indeed, tt allows you to walk, run, and interact with your surroundings in virtual reality. Possibly with better feedback than the Ekto VR boots, although it’s considerably more cumbersome.

It will feel like it if you walk up a flight of steps. When you collide with an object, the device gives you physical input as if you had actually collided with a wall, rock, or other impediment.

Meta and OTE have collaborated to create a VR NBA experience