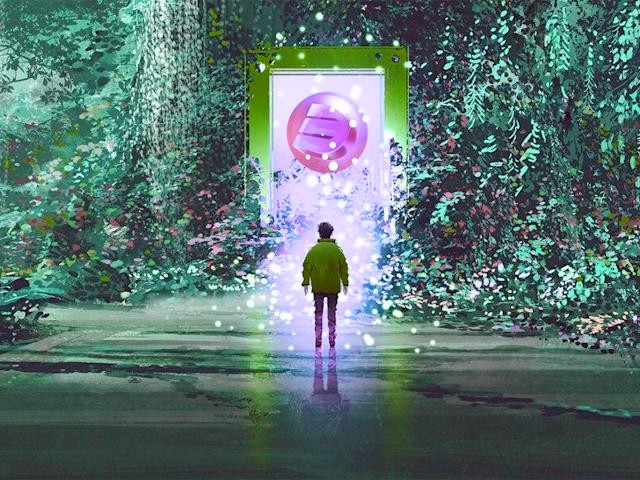 On Efinity, the group led by Enjin is attempting to establish the “foundation for the decentralized, cross-chain metaverse”.

In Polkadot’s parachain auction, Efinity is one of the first bidders. Promising to build a “cross-chain NFT superhighway” to support Web3.0 development.

“With NFTs rapidly expanding beyond art and games. We now have the opportunity to connect creators from around the world in an open, decentralized, and collaborative metaverse,” said Witek Radomsky, Enjin’s Chief Technology Officer.

Radomsky stated that their goal is to make NFTs accessible to everyone. Additionally working closely with ecosystem partners will help them achieve that goal.

“The companies will avoid paying excessive gas fees on Ethereum and will not require an in-house blockchain team to gamify their project with NFTs,” Radomski added.

Hololoot and VRJam are two of the assembled participants who will provide augmented reality (AR) and virtual reality (VR) capabilities to support the visual aspects of the decentralized metaverse.

Enjin has set up a $100 million fund to support the growth of decentralized metaverse initiatives.

The metaverse has gotten a lot of attention since Facebook announced its rebranding as Meta. The tech behemoth is attempting to establish a stronghold in the nascent industry.

According to Matthew Ball, CEO of Epyllion Venture Capital, the metaverse economy could be worth $30 trillion in a decade.

The metaverse economy, according to Nvidia CEO Jensen Huang, could reach $80 trillion in the future, surpassing the real-world economy.

Even in modern times, however, history has favored the smaller and more energetic competitor. As Matthew Ball points out, the internet’s arrival brought with it a slew of new surprises.

“Everyone expected AT&T and AOL to dominate the internet era and Microsoft’s advantages to continue, but none of that happened,” he said.

While the future of the metaverse is unknown, current blockchain metaverse projects are thriving.

American Lumber Prices Up Another 5% Today