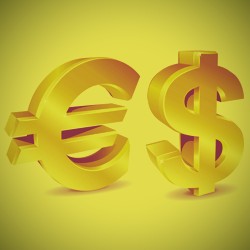 EUR/USD has seen a surprise reversal after making new yearly lows below 1.1520 earlier in the session on the back of the stronger-than-expected U.S. labor market report for October.

The pair is now trading over 1.1550 and has been trading sideways for the past week and day. The dollar, which is now losing ground versus all of its main G10 peers, is driving the most recent move.

In recent trading, the US dollar has dropped in the G10 rankings and currently lies in the center of the performance table. Despite being one of the best performing G10 currencies prior to the US data.

One of the causes for the rebound could be profit-taking. Currency markets are more inclined to follow the lead of some unusual bond market movements.

The reaction of global markets to a stronger-than-expected US labor market report is to lower yields, which is quite perplexing.

Markets value better economic growth, which raises inflation expectations, and so raises expectations for higher interest rates to combat such inflation. It’s possible that technical buying, notably in US 10-year yields, is having a role.

Bond investors are likely to understand that bonds at these levels are not very appealing as they consider the implications of the recent jobs report for economic growth, inflation, and Fed policy (i.e., yields are too low).

Next week, the US consumer price inflation data will be announced, and if the headline number remains over 5.0 percent, it may serve as a reminder that the “transitory” inflation narrative promoted by many central banks around the world is under increasing strain.

Meta makes robot ‘skin’ and sensors to give a new touch

Tezos engages in the metaverse with new release