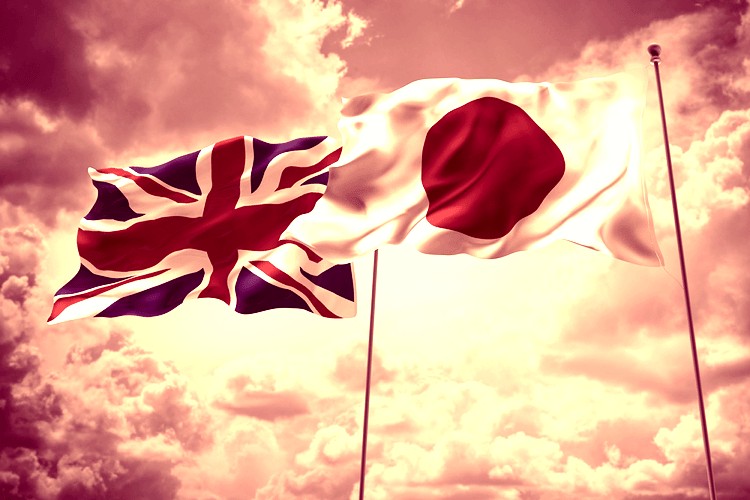 GBP/JPY is slumping, down 1.50%, trading at 153.56 during the U.S. session at the time of writing. Market sentiment is upbeat as the Federal Reserve said it would begin reducing bond asset purchases by $15 billion in mid-November while delaying an interest rate hike.

Investors interpreted this as a signal to push stocks to new highs, while risk-sensitive currencies fell against the dollar.

The BoE and MPC decided to keep interest rates unchanged at 0.10 percent.

In terms of GBP/JPY, the Bank of England’s (BoE) Monetary Policy Committee (MPC) decided to keep interest rates unchanged at 0.10 percent on Thursday. Despite some members, including BoE Governor Bailey, expressing concerns about high inflation in the weeks leading up to the meeting.

According to the MPC statement, the reason for keeping the rate unchanged is that “it will be necessary to raise the Bank Rate in the coming months if data, particularly employment data, are in line with the forecast.” They went on to say that “the MPC continues to see value in waiting for official labor market data. After the end of the leave before deciding on tighter policy.”

The bank had spent £895 billion on asset purchases. In terms of high inflation, the Bank of England “predicts that inflation will peak at 4.80 percent in the second quarter of 2022.” Furthermore, based on market interest rates, the UK central bank forecasts two-year inflation at 2.23 percent.

Investors positioned in favor of a BoE rate hike, based on the GBP/JPY price action.

The GBP/JPY price action on Thursday shows that investors positioned for a BoE rate hike. But sterling collapsed as a result of the BoE disappointment. As GBP/JPY fell from 156.00 to 153.00, the average daily range (ADR) for the day is 300 pips.

It is worth noting that the pair briefly approached the 50-day moving average (DMA) at 153.00. And bounced, indicating that the market found buyers at that level. GBP/JPY bulls, on the other hand, would need a daily close above the July 29 high of 153.50 to maintain control. As a result of that result, a retest towards 154.00 is in play.

USD Has Fallen Slightly By Close of Trade Today

Xiaomi Is Diversifying From Smartphones to Electric Cars