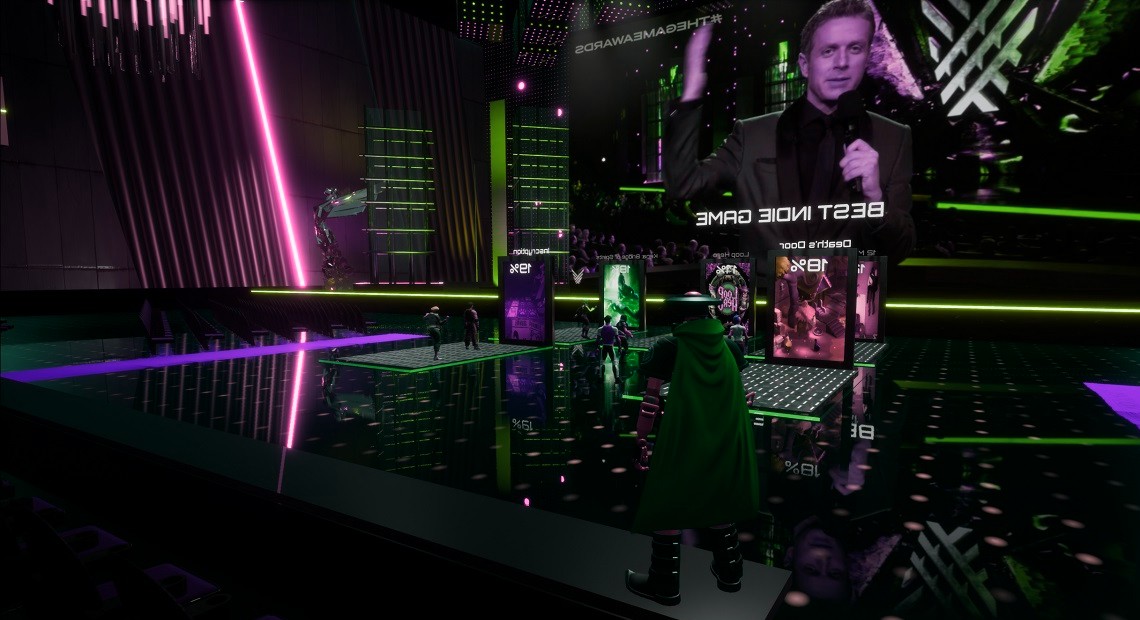 This means that on December 9 at 5 p.m. Pacific time, fans will be able to watch and interact with the awards show live from within the virtual environment of Axial Tilt. An interactive world that serves as a metaverse hub for programming and events hosted by Keighley.

Meanwhile, on Saturday, Keighley had to address a contentious issue. In a Washington Post interview published Friday, Keighley explained how he plans to deal with the Activision Blizzard litigation. Which is one of the awards’ advisers through Rob Kostich, the company’s president.

Keighley expressed support for those who came forward with stories of sexual harassment at Activision Blizzard. Saying he was thinking about how to “navigate” the company’s involvement. However, he stated that he wanted to help employees and developers.

This sparked outrage on social media. Prompting Keighley to clarify that Activision Blizzard would not be attending this year’s show. In addition abuse, harassment, or predatory practices have no place in any company or community.

“I also recognize that we have a large platform that can accelerate and inspire change,” said Keighley. “We are committed to that. However we must all work together to create a better more inclusive environment in which everyone feels safe to create the best games in the world.”

Axial Tilt on Core will give viewers a new way to watch The Game Awards, allowing them to watch the show live while also participating in a number of interactive experiences that will only be available during the broadcast. This includes a red carpet experience beginning at 4 p.m. Pacific time on the day of the show, as well as an afterparty with a special guest DJ immediately following the ceremony.

Fans can predict the winners of select categories live during the broadcast for a chance to win exclusive Core prizes. Players can also keep themselves entertained before, during, and after the show by playing one of the many mini-games available inside Axial Tilt.

The Game Awards’ creator, Geoff Keighley, said in a statement, “I’m always on the lookout for exciting new ways to bring The Game Awards to new audiences”. “The emergence of new metaverse platforms like Core, as well as the social experiences they enable around live events. In addition presented an incredible opportunity to provide fans with a new interactive way to enjoy the show”. It seemed like a natural fit, given that it’s a show about interactive entertainment.”

They’ve Rolled Out the Virtual Red Carpet for Game Awards

Robot Sophia Becomes ‘AI Being’ for Metaverse in NFT Auction

Apaches is an exciting NFT project 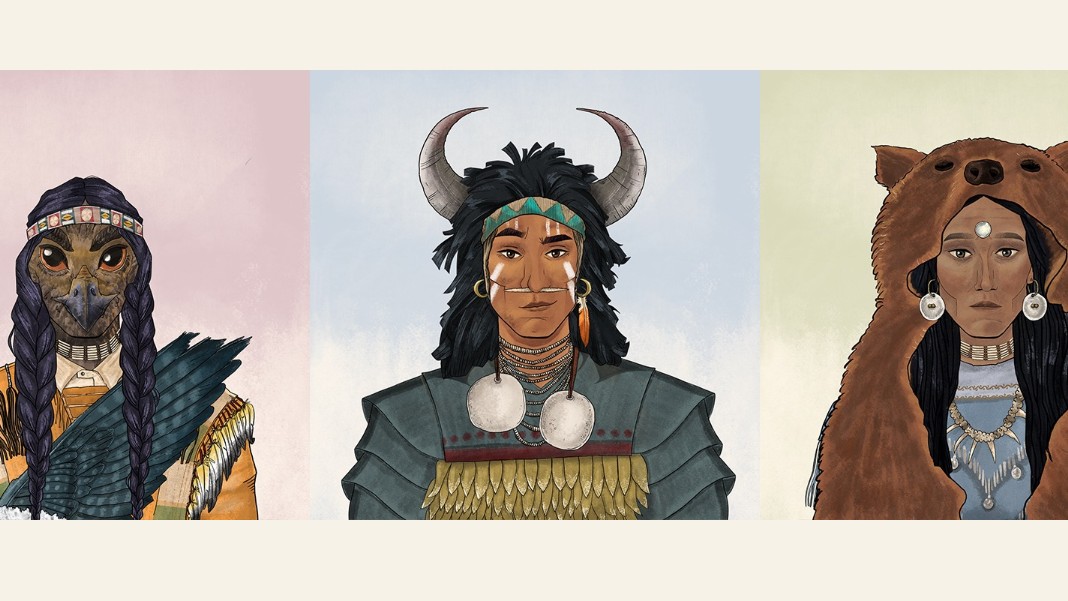 On the Solana Blockchain, the Apaches project is a type of NFT that uses the collective knowledge of the tribes to make predictions about the future of other leading NFT tribe projects. After thousands of years of habitation on the ancestral lands, the company is in need of the accumulated knowledge of their NFT holders in order to assist them in restoring the proper equilibrium to the Solana NFT landscape. They call for their NFT holders for this assistance.

The corporation will award the members of the tribe with $MEZCAL, which is the tribe’s preferred alcoholic beverage, if they are able to properly anticipate the development of the top Solana NFT tribal initiatives

The utility token known as $MEZCAL is the glue that holds all of the tribes together. NFT holders who exhibit exceptional behavior while on tribe premises and who make accurate predictions will be rewarded for their efforts by the head of the tribe. After that, members of the tribe will be allowed to exchange their $MEZCAL for goods and services within Apache territory.

The Apaches initiative has released its first collection, which is titled “Geronimo, the Apache.” It is a collection on Solana that is unique to the NFT and was inspired by his story as well as historical data from many Native American tribes.

Geronimo was the epitome of resistance, leadership, and knowledge all rolled into one. The chief will instill confidence in the NFT holders, allowing them to defend themselves and make use of their group knowledge to make educated guesses about the future of other friendly top Solana NFT enterprises.

“The Apaches platform is the first NFT Web3 platform to use a technique called “Future Contracts” to forecast the floor price of top NFT collections. A portion of the mechanisms that we are now building will be made public.” 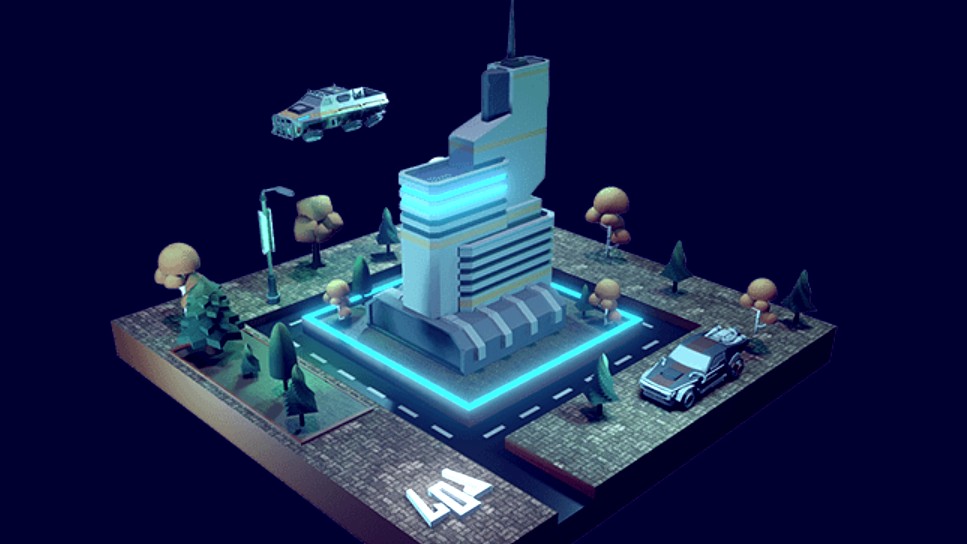 Lords of the Lands (LOL) is a utility-driven metaverse ecosystem that lets NFT holders rent out virtual lands. The pre-sale will include 300 Land NFTs and 255 Lord NFTs.

The event will allow early access to Land and Lord NFT’s genesis mints at a discounted price. Lords of the Lands will offer this special opportunity.

LOL Metaverse is built on unity and Ethereum blockchain and will be available on Web, IOS, Android, and VR Apps. The initiative aims to deliver an engaging and interesting metaverse experience for LOL holders and the community. To become a “Landlord,” holders must have 1 Land NFT and 1 Lord NFT in the same wallet. Additionally, being a Landlord generates monthly Ethereum rentals.

LOL landlords get 25% of creator royalties. The rent will be based on the Land NFT’s rarity and the number of days NFT holders have both in their wallet.

LOL will also organize e-gaming tournaments on its e-gaming partner apps/website for its Landlords, where they may play PubG, GTA V, FreeFire, etc. and win special LOL NFTs like Lords, Lands, Vaults, Swords, weapons, accessories, and up to $10,000. Twice a month, there will be e-gaming tournaments.

The Land NFT is a rare, non-fungible digital asset under an Ethereum smart contract. It costs Ethereum. Each 1×1 Land NFT in the LOL Metaverse has a secret Treasure Chest with uncommon LOL NFTs.

Land NFT holders are able to develop, distribute, and monetize unique experiences on LOL Land by making use of premade templates that are specific to their needs.

The Lords are virtual reality-ready avatars with distinct powers, equipment, and accessories. Lord NFT holders will have beta access to the LOL Metaverse and VIP access to LOL concerts and sporting events. 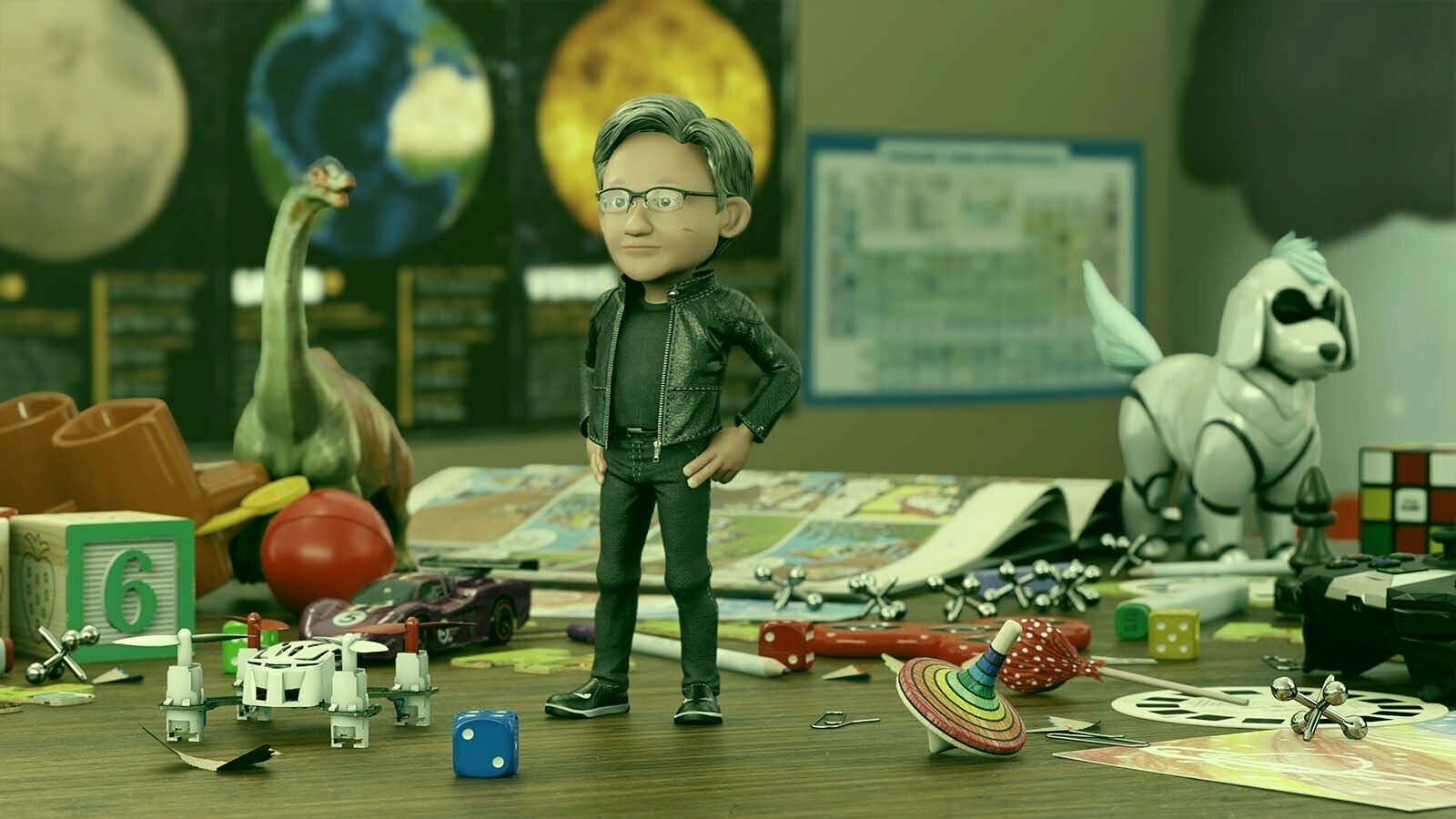 Nvidia made a number of technological announcements at the conference that will further integrate AI and the metaverse. The Nvidia Omniverse Avatar Cloud Engine, a set of tools and services for building virtual assistants driven by AI, is one of the announcements.

The business also disclosed a number of technological initiatives to enhance its computer graphics creation capabilities for applications in the metaverse. The new NeuralVBD library, a development of the OpenVBD open-source library for sparse volume data, is one of the initiatives. In order to help further enable metaverse applications, Nvidia is also working on improving the open-source Universal Scene Description format.

According to Sanja Fidler, VP of AI research at Nvidia, “3D content is very crucial for the Metaverse as we need to put objects in the virtual environment. We think AI is essential for the generation of 3D content, particularly for the metaverse.”

With the idea of neural graphics, computer graphics can be much more than just produced visuals

The goal of neural graphics, according to Fidler, is to integrate AI capabilities into various stages of the graphics pipeline. AI can speed up graphics in a wide range of applications, including video games, digital twins, and the metaverse.

Nvidia unveiled two new software development kits (SDKs) with Kaolin WISP and NeuralVDB at SIGGRAPH 2022 that use the capabilities of neural graphics to create and present animation and 3D objects. An addition to the PyTorch machine learning toolkit called Kaolin WISP enables quick 3D deep learning. According to Fidler, the focus of Kaolin WISP is on neural fields, a branch of neural graphics that focuses on 3D picture representation, and the production of content using neural approaches.

While Kaolin WISP is focused on speed, NeuralVDB is a project created to aid with 3D picture compression.

“We can now express considerably greater resolution of 3D data because NeuralVDB delivers incredibly compact neural representations that drastically lower the memory footprint”, according to Fidler.

Apaches is an exciting NFT project

Xoomojis is an upcoming NFT collection

Durex is considering a metaverse launch