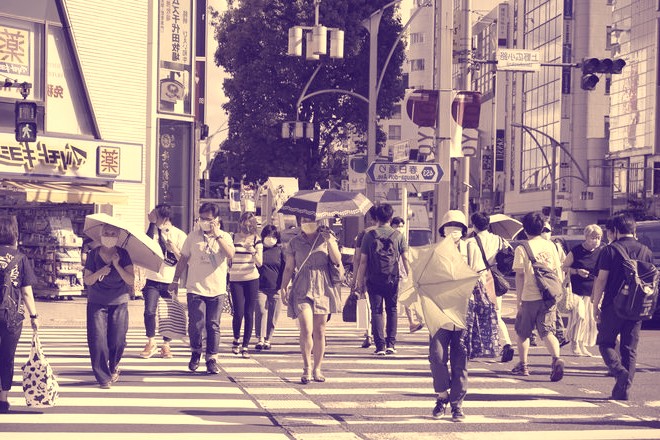 The Japanese economy recorded negative growth in the third and fourth quarters (July-September), when the spread of Covid-19 in Japan reached its peak.

After the Tokyo Olympic and Paralympic Games, there were few economic specialties. In the fourth quarter (October-December), the recovery of consumer activity is expected to help boost economic growth. However, the surge in oil prices caused by the weak yen and the prolonged shortage of semiconductors weigh on exports.

The Cabinet Office announced on the 15th that Japan’s GDP declined by 0.8% from the previous quarter. If this trend continues, it is expected to decline by 3.0% on an annualized basis.

The first decline since the second quarter. The Japanese economy bounced back from a negative 1.1% in Q1 to a positive 0.4 percent in Q2. But recorded a negative number again in Q3.

Due to the ongoing state of emergency due to the spread of the virus, personal consumption shrank notably in the restaurant sector. Sluggish exports resulted from production cuts in the automotive industry.

As the number of confirmed cases has declined, personal consumption has recovered rapidly, suggesting a possible economic rebound in the fourth quarter. The state of emergency declared against the Covid-19 has been lifted, and the restaurant and accommodation industries are rebounding.

However, rising oil prices and commodity prices will constrain growth, and personal consumption will also take some time to return to pre-corona levels.

In its latest “Outlook for Economic Conditions and Inflation” report released on the 28th of last month, the Bank of Japan forecast a growth rate of 3.4% this year, 0.4 percentage points lower than the July forecast.

Currently, exports and production will temporarily slow due to supply constraints and Covid-19, which affects consumption of services. In the same report, the World Bank reduced its economic growth forecast for Japan by 0.4 points to 2.4 percent.

Nominal GDP growth was -0.6 percent in the third quarter.

Metaverse: “AI is the most powerful technological force”