Stock markets across Europe awaited the official employment figures in the United States, whose publication should influence Wall Street’s trend. On the New York Stock Exchange, the opening was quiet after new highs on the Nasdaq and the S&P 500. The futures of the three main indices were all around 0.15 percent.

However, the trend could well change with the release of the monthly report on employment in the United States by the Department of Labor at 12:30 GMT, the highlight of the session.

On the other hand, the Tokyo Stock Exchange ended strongly up, after the announcement of the withdrawal of the Japanese Prime Minister Yoshihide Suga.

According to Michael Hewson, an analyst at CMC Markets UK, “the labor market remains the main reference point for most U.S. policymakers.”

The Fed is poised to announce the start date for reducing its support measures taken to deal with Covid-19 crisis if the labor market is deemed strong enough.

The Fed currently buys $120 billion worth of debt securities each month, liquidity that has helped financial markets reach record highs.

Richard Hunter, analyst at Interactive Investor, says “investors are keeping calm” while “there is consensus that 750,000 jobs were created in August”, a figure “that would probably be enough to keep fears of overheating at bay.”

According to the IHS Markit PMI, China’s service sector activity plunged in August, a decline not seen since last year, in part due to the surge in Covid cases last month.

NASDAQ Closes On A High Note With Great Tech 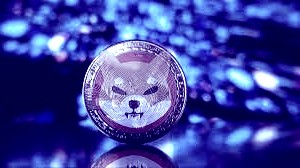