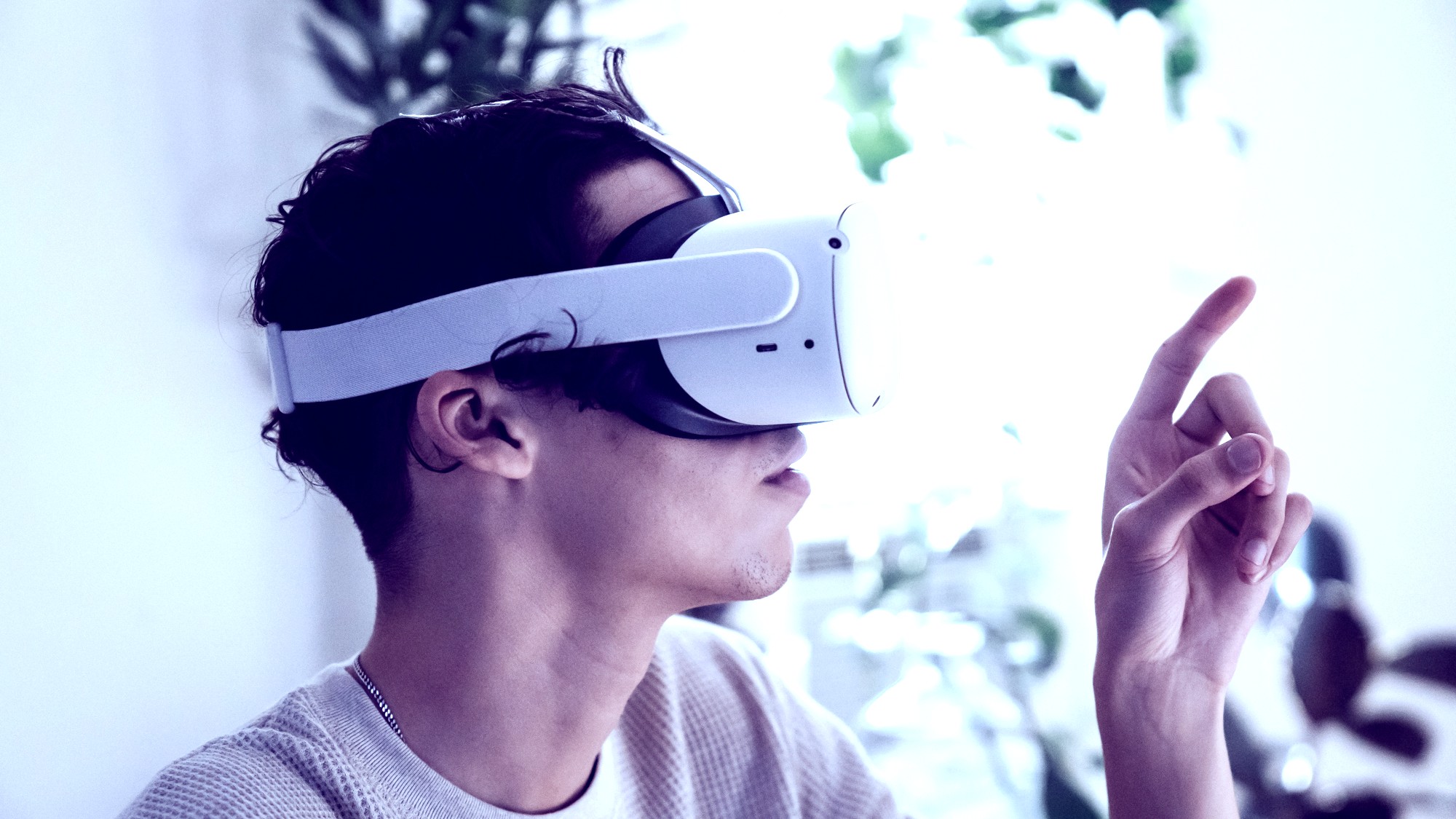 A virtual metaverse allows students and faculty to meet and walk around virtual spaces. UMGC will test virtual and augmented reality learning environments during the fall 2022 semester using Oculus Quest 2 headsets, which have spacial audio and the ability to feel the presence of other avatars nearby in the virtual area, according to Johnson.

Classrooms, an auditorium, a museum, and meeting rooms are among the virtual places. According to Johnson, the virtual metaverse also allows users to visit to other key sites outside of campus, including the moon.

Mintz believes that offering a virtual area for students and staff to engage will promote student-faculty ties because UMGC serves people from all over the world online.

UMGC aims to use virtual technology in 15 class sections

UMGC plans to deploy virtual technology in 15 class sections in the fall 2022 semester, thanks to a relationship with VictoryXR, a global pioneer in building learning environments through immersive technology, according to Mintz. VictoryXR has formed a cooperation with ten universities.

According to Mintz, some educational experiences are better done in a virtual setting than in any other context.

Students will be more efficient in biology programs that include dissection and criminal justice classes that need students to examine evidence and question prospective witnesses if they can complete homework in a virtual reality, according to Mintz.

“Instead of having to do it once and screw it up and be done,” Mintz added, “you can do it over and over again.”

Johnson described the efforts to create the pilot for fall 2022 as a “mad race,” despite the fact that he began study on creating a virtual campus around a year earlier.

Students in the selected class sections will get headsets at no additional cost at the start of the semester. The students are expected to return them at the conclusion of the semester, but Johnson noted that many of the technicalities are still being ironed out.

“I believe we had to persuade the [university] leadership that this was not a video game,” Johnson explained. “The components may resemble those found in a video game… As a result, we’ll have to reintroduce it and rename it.”

HDBaseT brings ISE 2022 in the metaverse