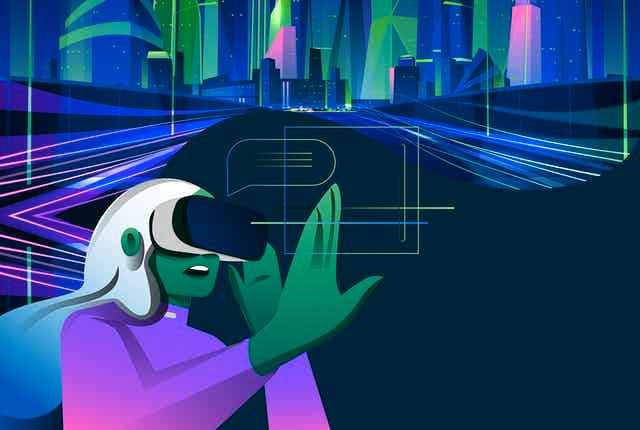 Virtual Voyagers is a Spanish company that has participated in the creation of Facebook’s metaverse concert halls.

The Facebook metaverse -now Meta- includes various test versions that anticipate part of what may be the virtual universe. Which additionally they plan to alter the Internet, despite the fact that its official launch could take several years. And a Spanish company has managed to become crucial to Mark Zuckerberg’s project in one of them.

Virtual Voyagers is an organization specializing in virtual environments. Facebook is creating more than 200 initiatives of this type. However one stands out above the rest. Horizon Venues, a platform for broadcasting live events that the firm established last year and will be part of the metaverse in which they are investing billions.

Virtual Voyagers is about recording concerts in 360 degrees.

Virtual Voyagers’ duty is to record concerts in 360 degrees. Viewer can view these virtual reality experiences via Facebook and virtual reality goggles. “When the pandemic hit, all performances were canceled,” says Edgar Martn-Blas, the company’s CEO, in El Pas. “In a meeting we had with Supersphere, the possibility came to research how to make 100% virtual concerts.”

They offered the proposal to Facebook shortly after. A pilot test in a small metaverse developed specifically for the presentation led to its acceptance as well. “We were all little monkeys in the little metaverse we created to make a demo of a concert. When we showed the prototype of the concert editor,” Martn-Blas recalls, citing the demo as a significant element in Mark Zuckerberg’s business accepting the project.

Although the formal launch of the metaverse could take another ten years for the entrepreneur, the presence of large brands in other virtual universes is a hint of the technology’s bright future.

Live events, one of the main attractions of Facebook’s metaverse.

One of the most exciting aspects of the upcoming metaverse is the possibility of experiencing concerts and live events in a whole new way. In this regard, there have already been several tests, particularly in the video game industry, that demonstrate the utility of this functionality.

Fortnite, the online video game, is an example of this. For years, the game has hosted unique events for its members that have little to do with the game itself. Its metaverse has provided a free platform for artists like Ariana Grande and J Balvin to perform live for crowds too large to fit in a stadium. Travis Scott’s concert on the platform in April 2020 drew 27.7 million live viewers.

The metaverse that Marck Zuckerberg dreams of could go one step further.

Using virtual reality, we can experience Zuckerberg’s dream of a metaverse in a new and immersive way. Users would, predictably, have to pay entrance in this virtual environment, despite the fact that technological advancements would result in a before unseen spectacle.

It is possible to apply the same approach to other types of live presentations. Such as a play, a movie, or a sporting event, in addition to concerts. Without a question, there is a vast world to be explored by entertainment firms. Which will provide enough of fodder for discussion in the coming years.

In the metaverse world, Spain lags behind

Mogul and TNL collaborates for the metaverse