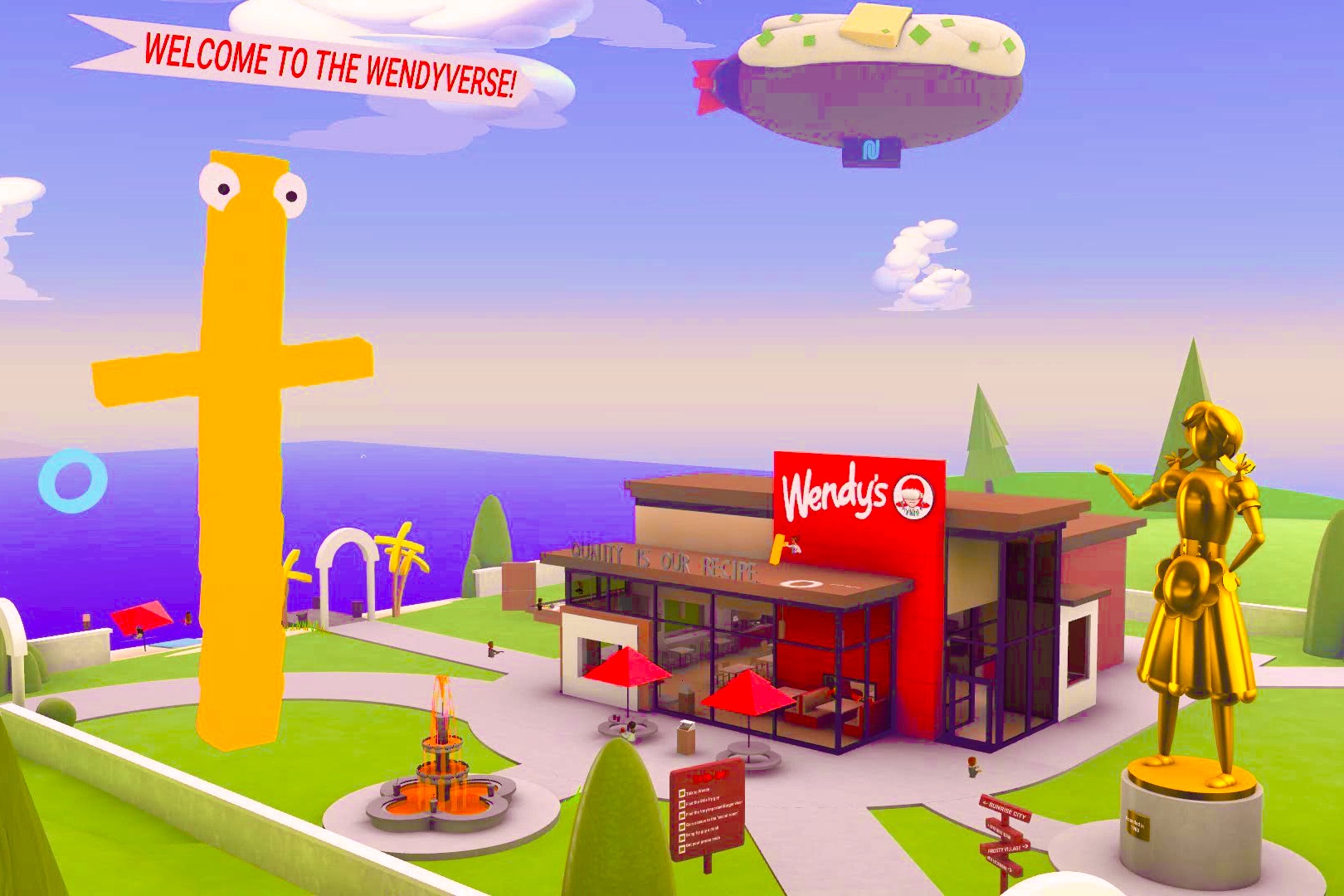 Major quick-service restaurant chain Wendy’s announced the opening of a digital location in Meta’s Horizon Worlds VR space, wherein consumers can interact in a virtual restaurant or one of several other branded spaces.

“With our unique approach to social media, gaming, and engagement, we’ve been meeting our fans in surprising ways and places for years,” Carl Loredo, chief marketing officer for The Wendy’s Company, said in a statement.

“We’re really pleased to take this to the next level by introducing the Wendyverse in Meta’s Horizon Worlds and giving our fans access to a whole new level of content.” The Wendyverse, a true first of its type, connects the best of today with the greatest of tomorrow to show up for our fans all across the world.”

Wendy’s isn’t the only large chain considering metaverse locations. McDonald’s filed at least ten trademarks for its name, logo, McCafe, and the rights to numerous delicacies for a virtual restaurant in February, according to reports. Around the same time, it was announced that Panera Bread had filed a trademark application for Paneraverse, a virtual café chain.

In February, word came that Lunchbox, a New York-based online ordering solutions provider, has sold a virtual restaurant on the non-fungible token (NFT) marketplace to Bareburger, a 35-location, full-service burger chain with 35 locations.

In addition, OneRare, a culinary metaverse with access to famous chefs, food brands, and virtual restaurants, opened in the United States a week ago after successful deployments in other parts of the world.

Brands believe that the metaverse is the future of commerce

It’s now a race to the finish for companies who believe the metaverse is the future of commerce, with eateries that get in early having the chance to profoundly integrate their services in consumers’ virtual habits.

In a September 2021 interview with PYMNTS, David Ripert, co-founder and CEO of Poplar Studio, said, “It’s something retailers need to experiment with now and start to get ready for because whoever starts first and builds these experiences will really bring that new generation of consumers into the store.”